It’s no secret Ayahuasca has played a significant role in my own personal journey. This is discussed in a short chapter in Oracle Alchemy, the Art of Transformation in Life and Card Reading.

My journeys with this plant medicine began in 2008, and continued in the Brazilian jungle on and off until 2013, the year of Zoe7’s passing. Zoe7 lived at the location where the ceremonies took place, and he always impressed me as a deeply compassionate and passionately committed individual.

Zoe7 is (was) a renowned author in certain underground circles and reluctantly at first, but then later quite enthusiastically, he agreed to sit down with me for an interview. He put together a list of things he wanted to talk about, insisting that we needed to actually do two interviews. Shortly following the first interview, I returned home to the U.S. and Zoe and I agreed to do our second interview by Skype. He died unexpectedly before that interview took place. 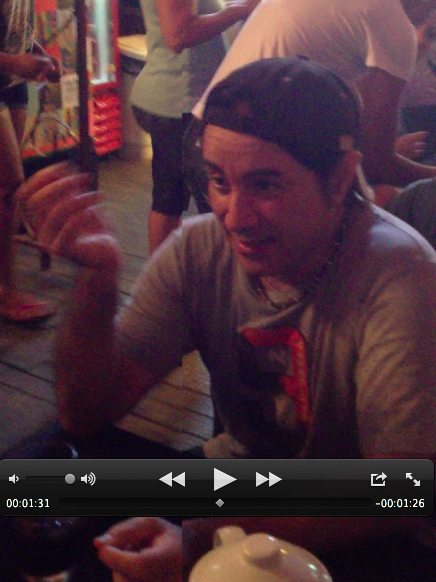 Zoe7 at the Bataclan in Bahia, Brazil

The circumstances around his death have not yet been disclosed publicly by the family so I will respect that here. I can tell you that it was not overdose of any sort as has been speculated.

You may wonder why this interview was not published sooner.

Due to the wishes of certain individuals this interview was held in private for the years since Zoe’s passing. But now is the time. Already perhaps it is late. It was Zoe7’s deep desire to get the information disclosed here out into the public. Kindly help spread the word.