I want to take this opportunity to tell you a bit of story behind this rare deck, and why I am getting misty over this final sale. 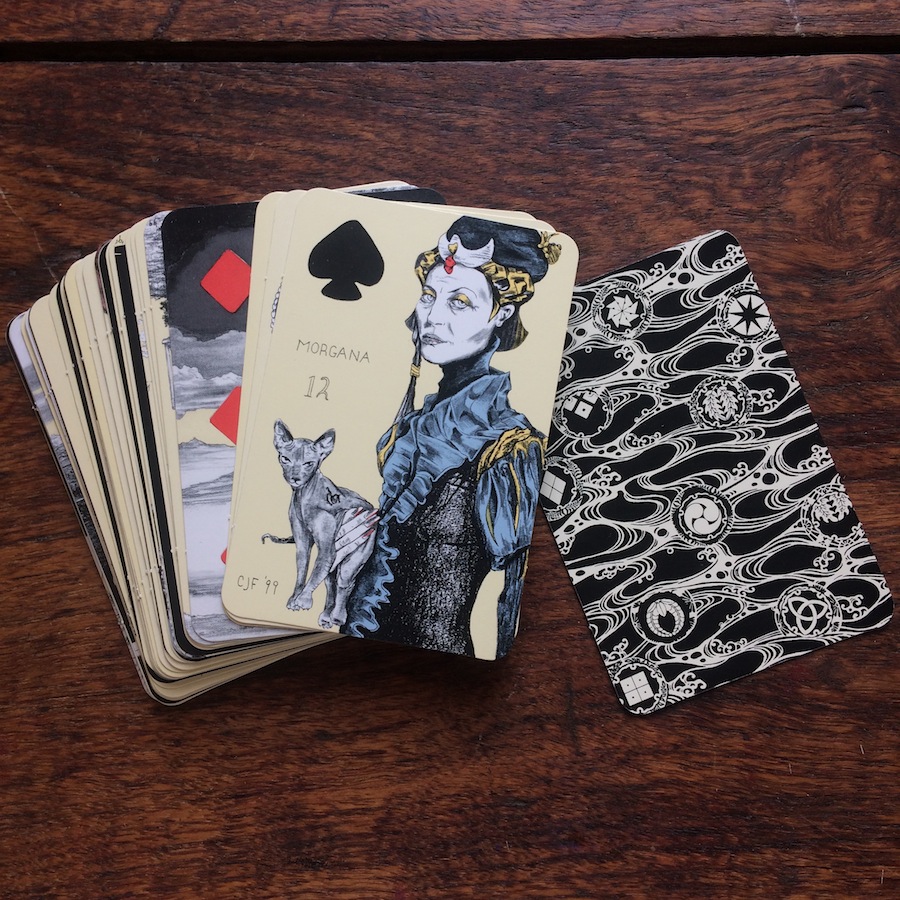 To start off with, my dad (C.J. Freeman) is now deceased, and these decks represent a lot of memories between the two of us. What is now known as The Playing Card Oracles was a project that defined both of our lives, and this deck was self published at a time when self publishing technology for cards basically did not exist beyond Kinko’s and a pair of scissors.

So when we set out to make The Playing Card Oracles a reality, we had to innovate how to physically get these cards made. So EVERYTHING was from the ground up, beginning with the original ideas and images that gave birth to the project in the first place, but also the creation of the physical products.

All of this my dad and I did hand in hand. 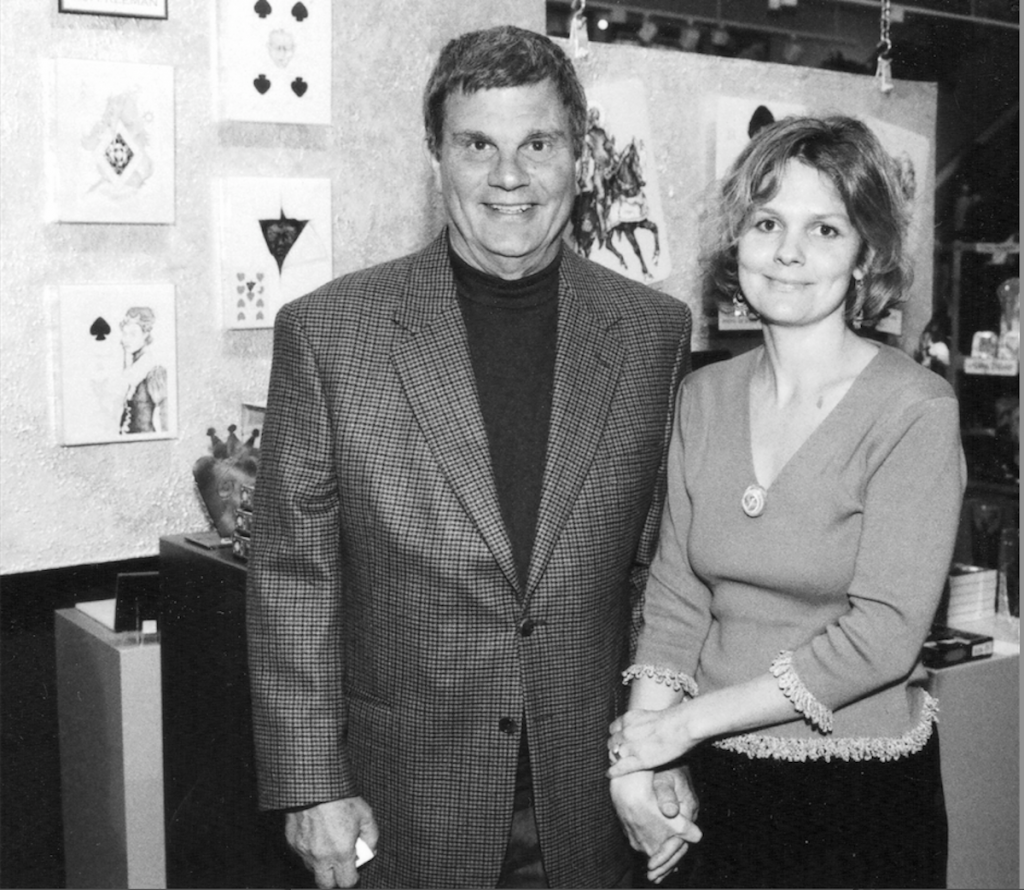 Me and Dad at the Boulder, CO opening for The Playing Card Oracles.

While I was finishing up writing the book, my dad had moved on from illustrating the cards to getting the deck made. He approached a number of local Denver companies, who looked at him like he was crazy (which he was, to some extent) and ultimately decided on a collection of people willing to troubleshoot a project they had never seen the likes of before. There was literally months of file preparations and resolving unforeseen issues. By the time it was finished, people didn’t know whether to shoot my dad or invite him to Christmas dinner. Everyone had spent so much time together, they became like family. All to get these damn cards printed.

Can you imagine? Even new metal machine parts had to be designed and fabricated because the local printer had never made cards before. All cards were ultimately punched from large sheets by hand, and individually collated card-by-card by my father’s 80 year old mother, all the cousins, aunts, uncles, nieces, nephews, basically anyone we could con into coming down to the printers. It was a massive party.

“Vintage” self published version plus the book it was designed to accompany.

Every deck was then shrink wrapped by hand. And then of all things, my dad and I decided to redesign a few cards and went back to print. Everything had to be perfect, and nothing was so sacred it couldn’t be improved or modified. It had to fit our meticulous vision of the what we wanted this deck to communicate. So to this day when I send out a deck, I have to pop open the original shrink wrap, change out the re-designed cards, and count and check one-by-one every card in every deck because as it turns out, Granny and the cousins were whooping it up a little too much at the collating party, and cards are commonly missing or duplicated.

And then… there was the time… we threw most of the decks away. THAT’S RIGHT.

Only a small percentage of the cards we originally printed survived. Hundreds of decks went into dumpsters. Most of the decks. This happened after we sold our love child to a publisher, who insisted on having the cards reprinted at their card printer in Italy. Although both my dad and I were very happy with our own printing, the publisher insisted on certain industry expectations.