Please welcome Silvia Polivoy, guest author and contributor to anacortez.com. Silvia is a licensed clinical psychologist from Argentina who now operates “Spirit Vine Center” in Brazil. More biographical info is listed at the end of this article.  I am honored to feature her work here.   –A.C. 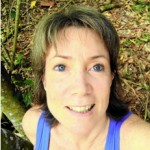 Seeking Higher consciousness with Sacred Plants
by Silvia Polivoy Ph.D.
www.spiritvine.net
The human being shows a remarkable disposition to seek spiritual transcendence.  Since the irrational cannot be erased from the human mind, the harder we try to deny it, the greater the power it will exert upon us. The spiritual experiences are associated with the occurrence of modified states of consciousness.  The society we live in considers (as opposed to shamanic knowledge) modified states of consciousness (as opposed to shamanic knowledge) to be onanistic and vicious. Shamans argue that to satisfy our religious drive we have to experience the divine, and in order to achieve that, they use sacred plants. That is why the sacred plants are called entheogens, because they help experience the divine within oneself.

Abraham Maslow called these types of experiences, “peak experiences.” But they are not limited to the altered states achieved through drugs or sacred plants. They can take place during meditation, hyperventilation, the practice of yoga, hypnosis, fastomg, physical suffering (such as the self-inflicted pain some saints underwent or the postures certain yogis kept for months, etc). In short, it is a state that can be reached in many ways and, once there, we can explore aspects of reality which are different from those perceived in an ordinary state of consciousness. These different aspects of reality are well studied.   The orthodox branch of science considers these altered states subjective, therefore worthless. Then, these feelings of ecstasy, these other “dimensions” of reality, these occurrences of mystical reunion, of beauty, this crossing of the space-time barrier, can be catalogued as pathological! Interestingly, traditional Psychiatry does not separate mysticism from psychosis. That is why Transpersonal Psychology blends science with the study of the spiritual capabilities of man using methods to modify these state of consciousness, because the spiritual phenomena associated with them seem to be incomprehensible in an ordinary state of consciousness.

Modified states of consciousness may have a dangerous side because, since they affect the defense mechanisms of the individual, they may pave the way for our shadow, the unacceptable, repressed material from the individual’s past, to make its way to the conscious mind and cause restlessness, which could rise to terrifying levels, if the individual is unable to cope with his or her anxiety (this is what is usually known as a “bad trip”). That is why a previous interview before the intake of ayahuasca is advised. It is also equally important to surrender to whatever content appears during the experience and also to be able to discriminate what comes from the outside from what comes from the inside. It is recommended, also, to experience such modified states of consciousness under the supervision of qualified, well trained professionals. 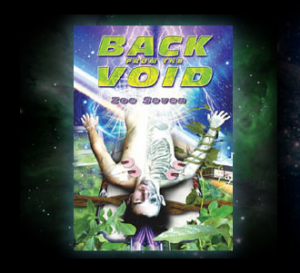 As well, mental set and physical setting play an important role in the overall experience.   But, in spite of the potential risks, the spiritual experiences, the unconscious material, and the altered amplified of consciousness related to them, are too valuable to be ignored. Thus “inner work” takes advantage of the information available when the repression mechanism is weak so that then, unwanted patterns of behavior can be noticed and consequently acted upon.   Most psychoactive substances resemble (and sometimes are identical to) substances normally produced by the human brain, like the DMT active ingredient of the ayahuasca brew. Therefore, the individual has a built-in capacity to experiment in psychedelic states, which are inherent to certain aspects of the human mind – mostly inaccessible during wakefulness. So, under the appropriate circumstances, these substances allow the individual (for a limited period of time) to gain access to deeper parts of his psyche.

Likewise, through dreams we get in touch with those aspects of our personality which are hidden from the conscious mind. The entheogenic plants help reach those states that we experience while dreaming or while in the middle of those rare, ecstatic epiphanies that can happen while we are awake. Unlike most drugs, entheogenic plants do not produce physical dependence. A quick, time-limited tolerance (that does not increase with the dose administered) is also characteristic of these.   Their main use is to spot the individual’s conditioning and the possibility of rebuilding it later by dissolving momentarily the limits of the ego, to expand the inner vision, to be more lucid and mindful, obtaining in this fashion very important insights. In short, to be able to recognize the forces and impulses behind the individual’s actions and emotions, so as to track thoughts back to their source and therefore be in control of one’s life helps the individual to become integrated.   Due to all this, the sacred “plants” are called entheogens. The list includes the Ayahuasca tea, Peyote, Psilocybin mushrooms, San Pedro (a cactus), Epena, Cebil and Brugmansia, among others.

Abraham Maslow in his book, “The Psychology of Science” has shown how science might be the best neurotic defense mechanism invented by man, because the selective rejection wielded by human knowledge acts as a defense and therefore constitutes a neurotic maneuver which, out of fear, disqualifies transpersonal experiences as objects of study.  We’d all benefit if science became an open system oriented to personal growth.   Modern physics teaches us about the Universe’s interconnectedness, in which consciousness plays a role much closer to the one described by the great mystics.   And when we transcend the ego, we begin to truly heal ourselves.

SILVIA POLIVOY  is a psychologist graduated from Belgrano University of Buenos Aires in 1983, with a Master’s degree in clinical psychology. She has intensive training in transactional and transpersonal therapies and drug abuse rehabilitation.   Silvia Polivoy has also carried out field research on psychoactive mushrooms in Mexico with Mazatec shamans, as well as worked extensively in Brazil with ayahuasca and in the Peruvian Amazon where she’s been initiated. She was trained in shamanism in the ritual and healing use of ayahuasca.
Since 1997 she’s been producing ayahuasca retreats in the Peruvian Amazon and nowadays in Brazil where she cofounded the spiritual retreat center “TheVine” in Bahia. Silvia’s current retreats don’t treat illness nor are they psychotherapeutic. Instead, they focus on spiritual development, connecting with one’s Inner Self, and self-knowledge through the use of ayahuasca and meditation.  www.spiritvine.net