Do you know the origins of the Playing Card Oracles? One thing you’ll notice is that it is very unlike any other way of card reading.

It all started with what is now known as the “Alchemy Edition,” which was kind of like the pick axe that hit the oil well.

It was a discovery made originally and very accidentally by my father, and then completed as the two of us worked together.

We never looked to other existing material, but only to the source of what was discovered.

My dad’s subsequent historical research into the history of cards really only ever provided “archeological evidence” for what was making itself known on a different level. What we were doing was archeology of a different kind.

It was an attunement, more than anything, and once you tuned into it, the method would flow. But it is a huge body of knowledge, and it unfolded for us over years of time. In layers.

In truth, it is still unfolding.

This is what I know. I suspect whoever first created the 52 card deck was also in tune with this body of knowledge, and created the cards as a way to access it.

*This is a photo of my dad and I at our big unveiling, upon the completion of the self published book and accompanying cards. It was in Boulder, CO, at the Arts Cooperative on Pearl Street Mall.
I’ve seen this picture so many times, but just today noticed that if you look closely, the 9 of Diamonds appears on my dad’s left shoulder and the 9 of Hearts appears on his right shoulder. Angel/ Devil. The Oracles just never EVER stop talking :-))) 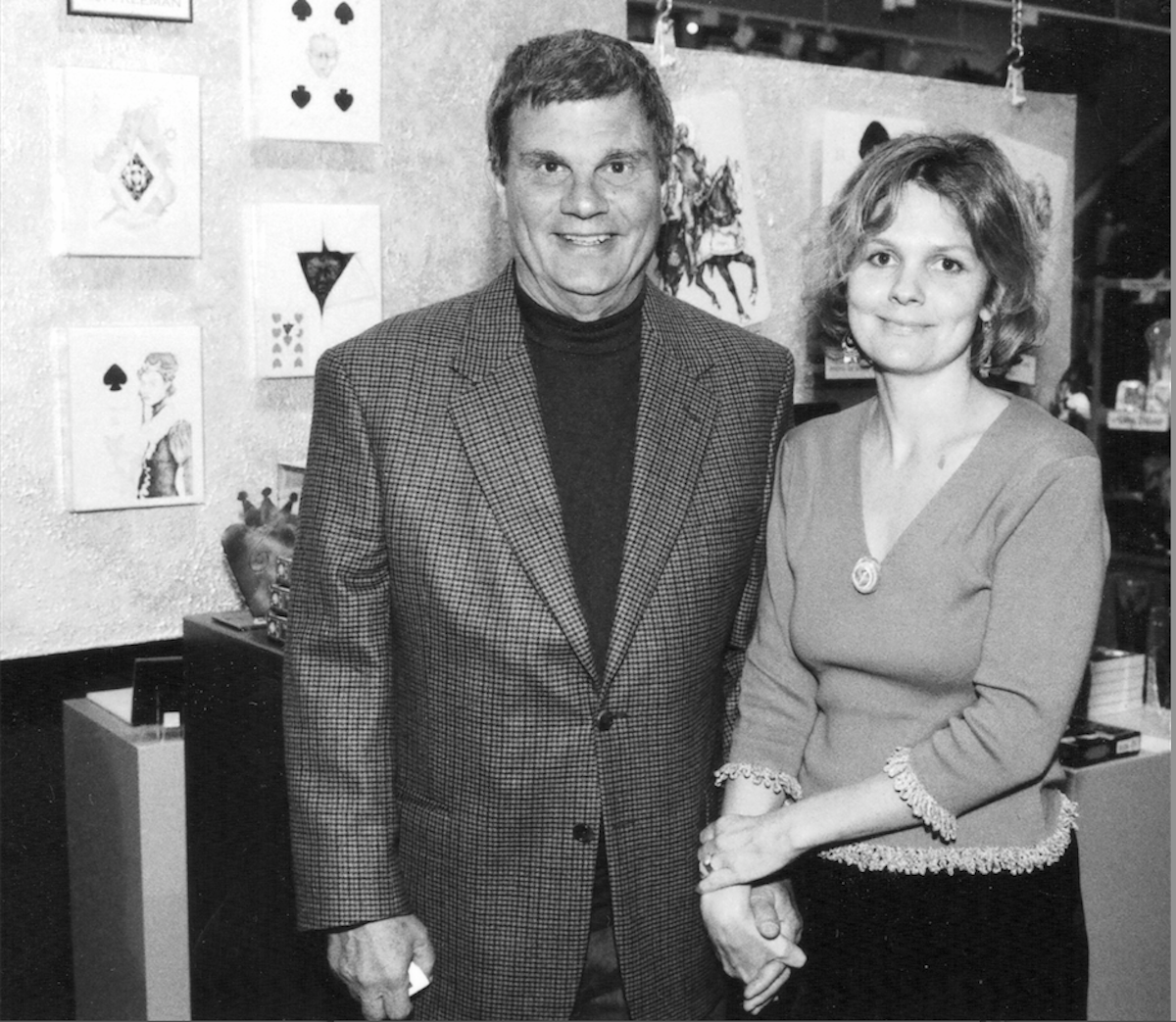