Thirteen is in more places than we realize. But it’s a tricky number.
It’s right under our nose, and over our heads.

I myself, was born on the 13th day of the month and feel a special affinity with this number so weirdly feared as well as revered. This current year of 2015 has three Friday the 13th’s, whereas 2016 will only have one. It is said that so many people are paralyzed by fear by this day that an average of 800 to 900 million US dollars are lost in business on Friday the 13th.*

And although 13 is only considered unlucky when it falls on a Friday, the number 13 has plenty of superstition all it’s own. High rises, for example, are historically constructed without a 13th floor. It is common to see the elevator buttons skip from floor 11 to floor 13. I am lucky I was not flushed down the toilet, being born on the day that I was. 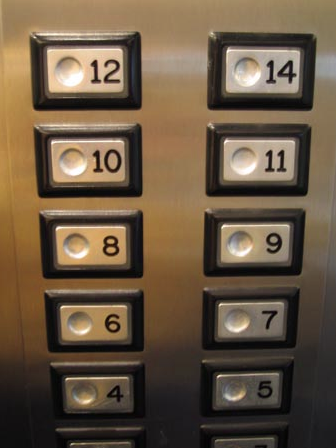 What I think is rather amusing is although we can try to ignore this number, it is part of the cycles of nature that effect us on a daily basis – like the cycles of the moon and the female menstrual cycle, as mentioned. Thirteen has a way of being invisible, like that luminous beauty of the night sky, quietly sneaking over our heads as we sleep. And isn’t it interesting how very private and even embarrassing women feel in regard to their “moon cycle?” Stricken by the number 13.

Thirteen would be at the forefront of our consciousness if our calendar was in fact in sync with natural time keeping, which it’s not. Although innumerable native cultures relied on the visible rotations of planets to track time, in our modern day calendar the 13 natural months that divide our year have been replaced. We think in units of 12. Likely this has at least something to do with the number 13’s pagan association with nature worship (the church instituted the calendar we now use,) but maybe also it’s because the number 13 is just, well, a pain in the ass. After all, 13 does not divide evenly. 12 months in a year is neat and tidy, and makes for nice book keeping, nice school semesters, etc… 13 months would involve a lot more unruly math. It just doesn’t slice up very well. 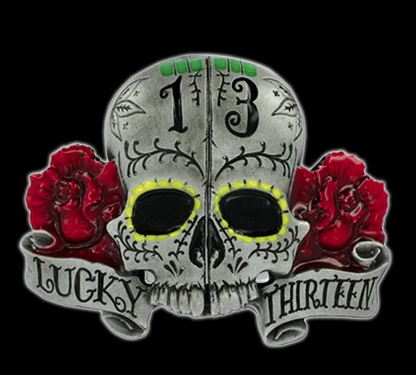 To accept this number is to accept a part of oneself that no matter how much we ignore, is not going to go away.

Ana Cortez is Author of The Playing Card Oracles, A Source Book for Divination which outlines the use of playing cards for natural time keeping and prediction.