The Dream Diaries, subtitled Oracle Art Collectable Treasury and Adult Coloring Book, for Card Lovers and Outcasts Everywhere, is a mix of imagination and physical reality, seeped within the mystic symbolism of playing cards to create something beautiful and horrible, logical and illogical. 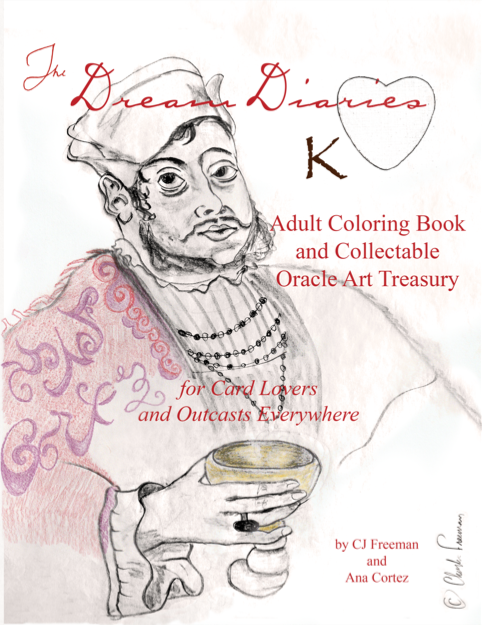 The Dream Diaries takes it’s name from the story found in the book, entitled “Charles Jonathan Winship – A Story”. It is a “fictional” biography of Dad and myself based around a relationship between a father and daughter, and their connection through dreams and playing cards. Composing this little story back a few years ago, I became quickly possessed.Pacing the floor for hours, it felt as if it wanted to be “discovered” rather than “authored.” I became convinced that a parallel reality was emerging. In fact, this story of the supernatural feels very close to the relationship my father and I had in this life, with a few of the details changed.

And, although initially I wondered whether it’s inclusion in this little “coloring book” was appropriate, at a certain point it hit me that it seemed to be the axis around which the rest of the content spins: a sort of waking dream exploration of worlds that find reflection in each other. Of languages outside of the tongue, communicating with parts of ourselves hard to access otherwise. “The Dream Diaries takes it’s name from the story found in the book, entitled “Charles Jonathan Winship – A story”. It is a fictional biography of my dad and myself based around a relationship between a father and daughter, and their connection through dreams and playing cards…”

Initially, I had no idea how to choose material for this book. A coloring book seemed obvious, since so much of CJ’s art was drawings and line art. But the choices felt overwhelming. Dad was obsessive, and his throw away piles were ENORMOUS. So I really wanted to squeeze as much previously unpublished material into the book as possible. Also, Dad illustrated in so many different styles. Looking through his portfolios you’d think they belonged to multiple people. So I just started photocopying like crazy to see what wanted to go together. What wanted to emerge. 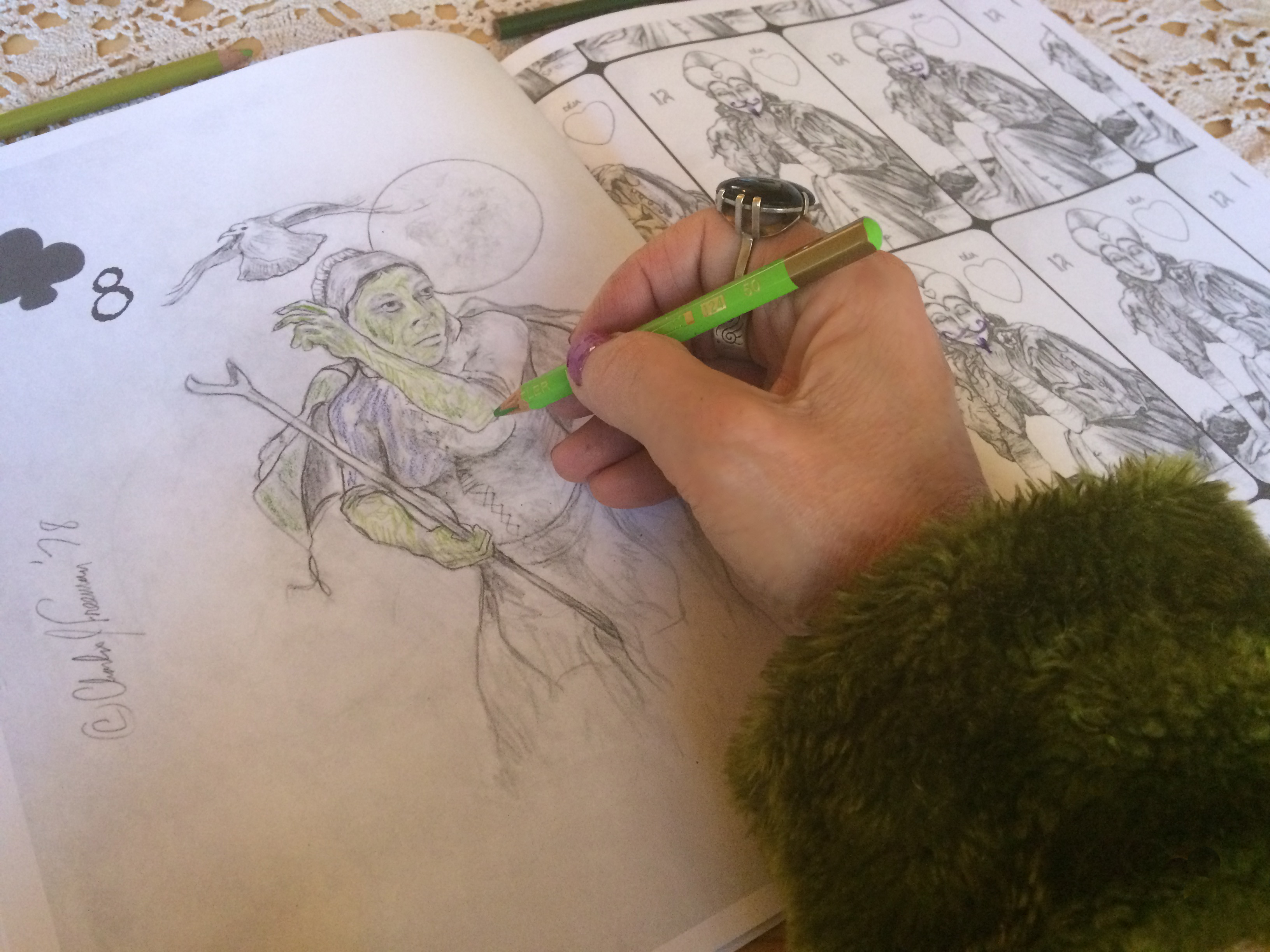 I think it is interesting that Dad was a left hander, and the way he held his drawing implements always intrigued me. I’d never seen anyone hold a pencil like that. His arm and hand were super coiled up, in a way that looked unbelievably awkward. Who could even hold a pencil like that let alone draw with it? When he drew from that position, it almost seemed as if he was writing and drawing backwards. He always said, “I let my hand move and see what comes out.” He liked to start with the feet of a figure, and build it up from there. Once again, everything backwards. Rarely was any drawing planned out, although sometimes I would explain to him an image I had in my own mind for a card, and then he would draw it for me. His illustrative work was always a guiding force for us in deciphering what ordinary playing cards wanted to tell us.

Just copying CJ’s illustrative works and putting them in a book somehow fell radically short for me. Always Dad and I have collaborated, so what difference does it make if one of us happens to reside “beyond the veil?” All the better! So what you’ll find are various images (lovingly) hacked and re-imagined, as well as journal entries, story and poetry from both of us. To me, it is beautiful in it’s strangeness, and sensical in a non-sensical kind of way, a delicate space where dreams and waking bleed into one another. So if this book grants at least a fleeting entry into this magical place, I think the goal is accomplished.