Growing up I always adored my dad, C.J. Freeman. He was my hero. But as I got older, I began to slowly understand why all the other adults I knew were pissed off at him most of the time. He just couldn’t bring himself to do anything normal.

Dad led me into worlds and ways of thinking and looking at the world that I remain eternally grateful for. He spent time with me, doing things most adults don’t make time for. Like by the age of 5 or maybe 6 years old he had taught me how to play a decent game of chess. I remember thinking I was pretty rich, earning a quarter for for each line memorized in Lewis Carroll, and I’ll never forget learning how it was so much better to sit at the back row of the circus, where you could fold the pages of your program into paper airplanes and send them flying over everyone’s heads in the front row.

Dad had been collecting really weird antiques from as far back as I can remember. No matter which corner of the house you came around, you knew some bizarre gorgon or another would be waiting for you. So when Dad started painting, of course, it wasn’t nice landscapes or flowers or anything like that. It was Dracula, and people who were half animal with purple skin – reminiscent of figures from the weird fairy tales he had told me as a child. 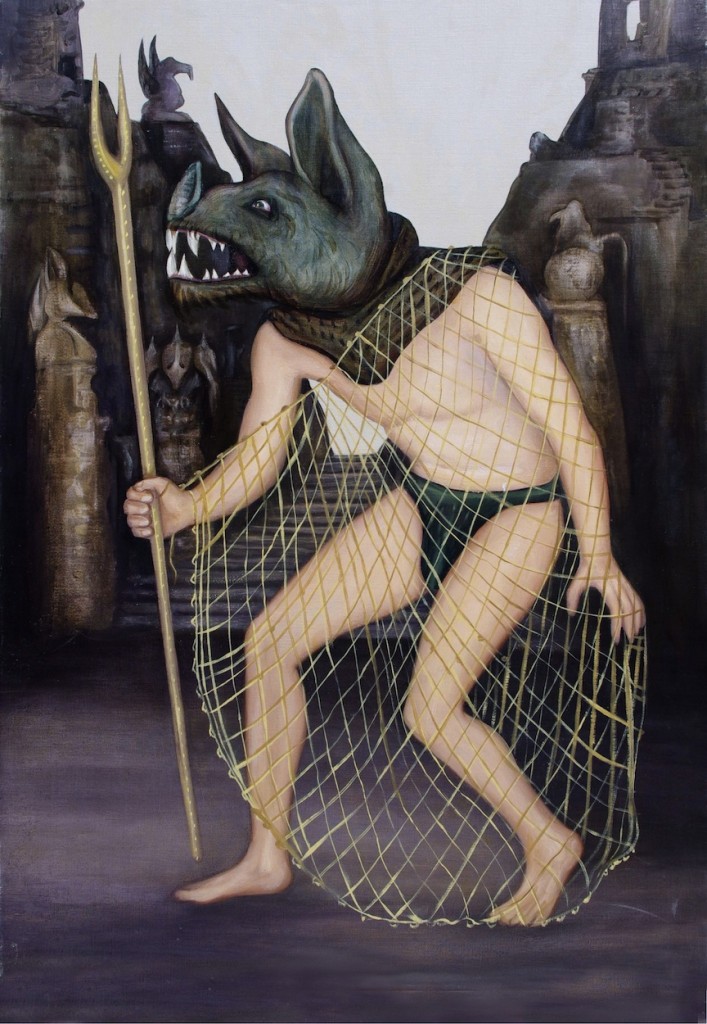 Dad got bored really easily. Ordinary life was intolerable for him. So he would assign himself projects that kept his interest. So even though he had no formal experience in art, he had given himself the task of illustrating the playing cards. This was what the paintings were about – one for each of the 52 cards plus jokers. Little did he realize this little “project” would kick off an obsession lasting the rest of his life. 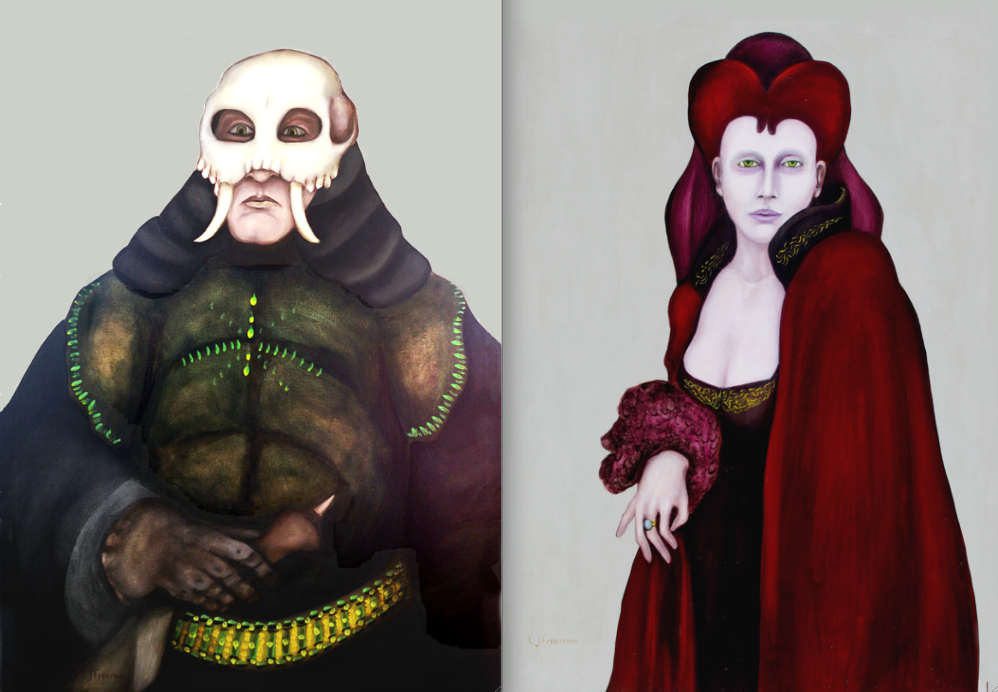 King of Spades, “Mardoc,” and Lady of Hearts, “Bethany.” originals in oil.

So as dad painted, he became more and more curious about playing cards themselves – which led to another self assigned project. He began researching – hunting through old bookstores in search of information about cards. To quote my father, “There is little with such cultural significance we know less about than playing cards.” 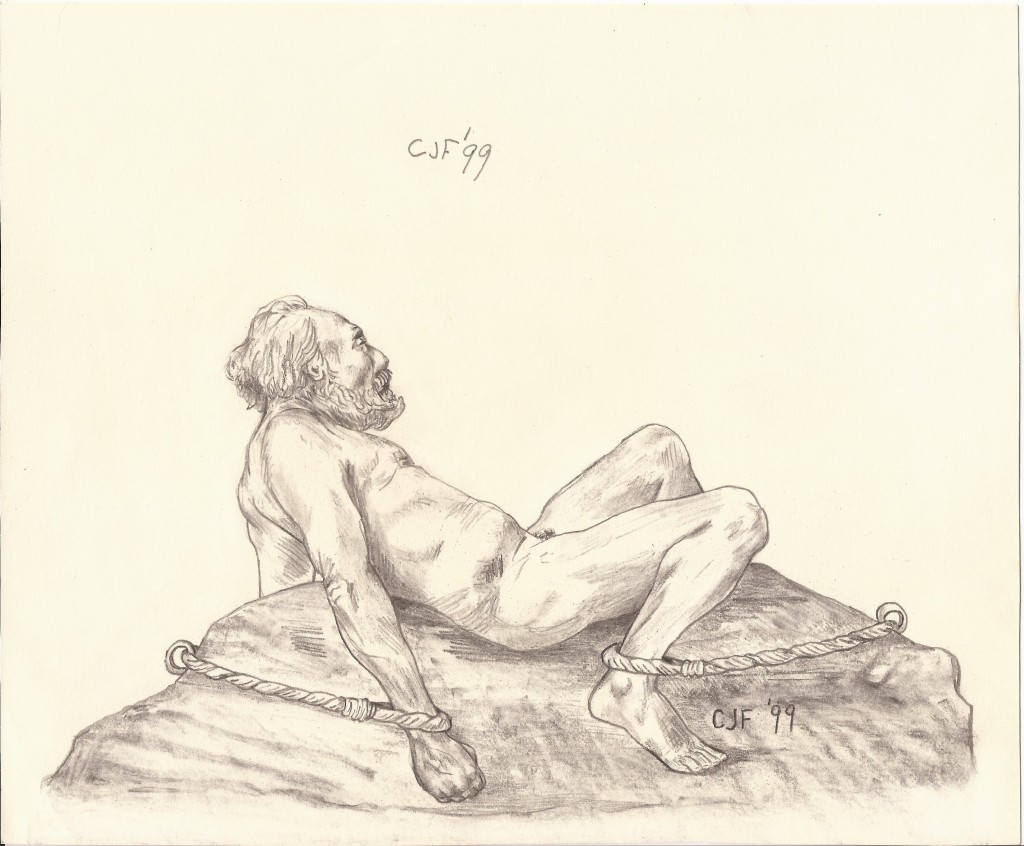 sketch for detail on the 8 of Spades, “The Field of Stones.”

Over time, Dad had just about every obscure book that could be had about playing cards. He was writing letters and corresponding with card scholars and basically became a playing card detective. A playing card freak. He wanted every scrap of information about cards – the theories, the mutations over time, and what they could have possibly been created for. He had a few ideas of his own. And he started writing.

He couldn’t get over the fact that playing cards were a natural calendar (52 cards = 52 weeks of the year, 4 suits = 4 seasons, 13 cards in a suit = 13 weeks in a season,) and he felt he had a mystery to solve. He developed ways of using the playing cards as the natural calendar, as well as other applications for divinatory ideas that were both new and invigorating to the art of “reading” with playing cards. His methods were as beautiful and original as his illustrations.

The Homeless Acquire a Skill

He went on to write a novel, several screen plays, a television series pilot, and an outline for an interactive theatre experience, all centered around his ideas about cards and the way they speak. After mailing out manuscripts and walking his portfolio around New York City, and hitting a lot of brick walls, his feverish passion began to wane. 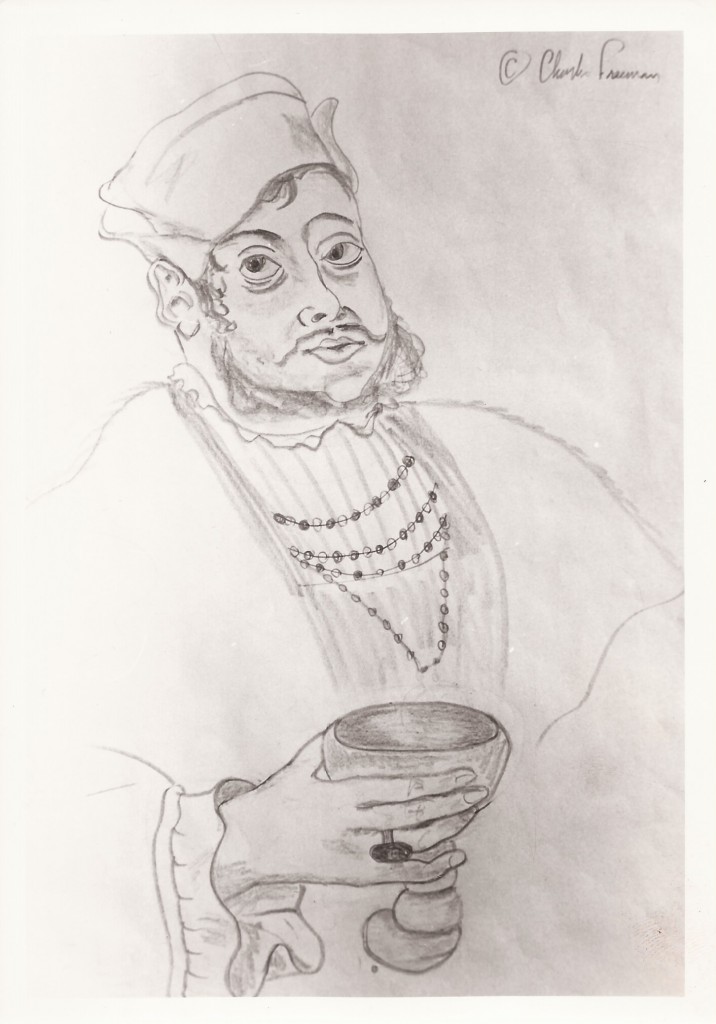 He became disappointed and disenchanted, although the flame of his obsession was still quietly burning. “Card people” still hung on large canvases around his Victorian style apartment, and he was teaching women collected from the halfway house how to “read” using Polaroid photos of his paintings, cut up and glued onto regular bicycle playing cards. He would coach them, dress them up, and help them get gigs reading cards. One of these women took the time to show me what she had learned, and that was the beginning of my own involvement in this whole crazy project. I had just graduated high school at the time, and it was really just a curiosity, although a fascinating one.

Years later, I got serious about picking up and learning my dad’s way of looking at the playing cards. I was living in Boulder, CO, and Dad was in Denver. Cards gave us more reasons to hang out together, and we started spending lots of time on the phone. Hours at a time in fact, sometimes days, talking about cards. Dad had stopped making art since the completion of his original assignment, but this was rekindling his interest. He started drawing cards again.

It was fascinating to watch as his style progressed and mutated over the years that followed. He drew hundreds of images for cards. What began as a wood block type style progressively became sleeker and more sophisticated, but always what showed up was original. There was always something unexpected on the kitchen table, which was his work space. He said he liked to “let his hand move” and see what came out.

At the end, Dad was very sick. You knew he was sick if he was watching t.v. He hated t.v., but now it seemed to be always droning on in the background. He was in bed almost all the time. He told me “a voice” was visiting him, telling him stories. He called it “the story teller.” He said the stories were fabulous, detailed, on subjects he had little or no previous knowledge of. Stories he could never recount. He told me for example about a particular story about a ship told from the viewpoint of a sailor, detailing wondrous specifics about ropes and knots of all sorts. He said the stories were so good, he would clap when the voice was finished, there alone in his bed. 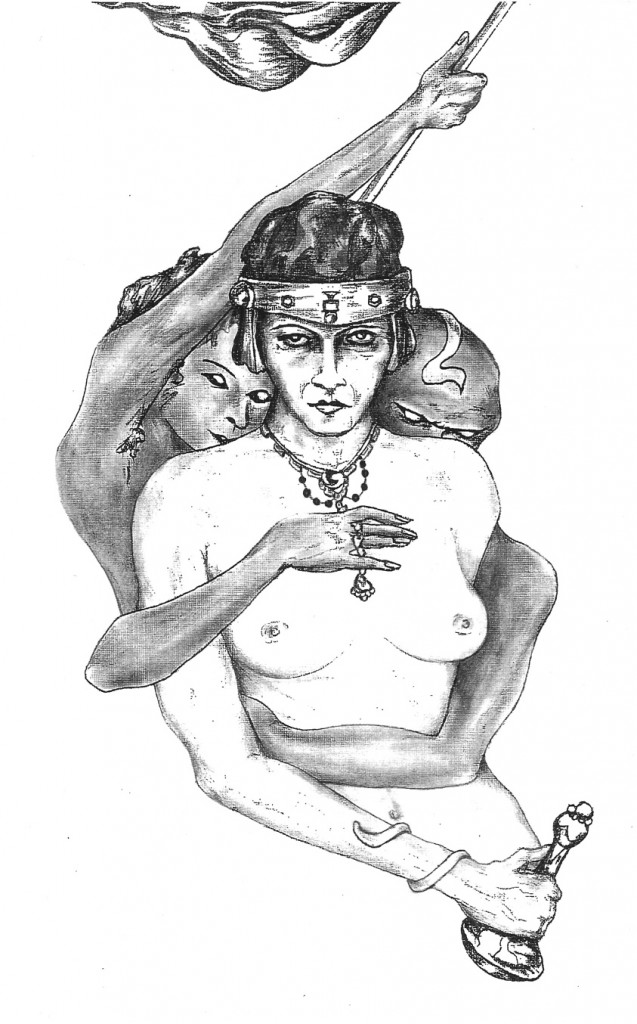 Pen and Ink for “Morgana,” Queen of Spades.

To date, there are 3 versions of C.J. Freeman’s art work for playing cards (2 in print,) and hundreds of drawings in the archives. His original card method and snippets of his writing can be found in our collaborated book, “The Playing Card Oracles.” Visit https://www.anacortez.com/pco/ for details and ordering.

Happy Halloween! This is my favorite holiday of th